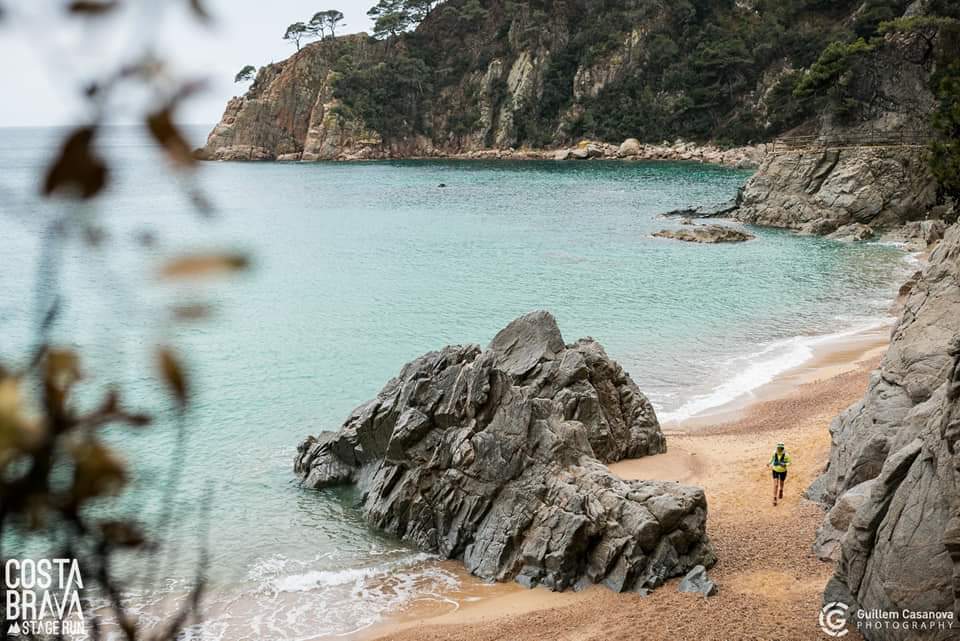 This morning kicked off the second edition of Costa Brava Stage Run (CBSR). An event that, in a three-stage format, will cover a large part of the Catalan Costa Brava between Blanes and Portbou.

On a gray and drizzly day, the 160 runners have started from the beaches of Blanes, crossing the Botanical Garden Marimurtra and Pinya de Rosa. After a visit to Lloret de Mar, the participants have traveled part of the “Cami de Ronda” through charming places such as Cala Morisca and Cala Llevadó. The beautiful town of Tossa de Mar has welcomed the end of the stage after 23 kilometers and a positive slope of 900m.

As for the competition, the Asturian Javier Ordieres and the Swiss Elodie Tercier have taken the victory of the stage in a forceful way against their rivals, with the advantage that tomorrow they will do less kilometers than many of them when participating in the shorter modality, the Experience.

More difficult was the triumph in the longest race. With four kilometers to go, Marc Solé has managed to catch the leading group formed by the French Stephane Vinot, current champion of the CBSR, and Cyril Chanu and has taken a hard-fought victory. In females, Sina Peppa has fulfilled her favorite condition and achieved a comfortable victory against Heather Withlock and the American Brianna Sacks.

Tomorrow’s stage will start from the La Fosca beach (Palamós) in the longest modality, while Aiguablava (Begur) will host the Exit for the Experience mode, with runs of 51 and 32 kilometers respectively.