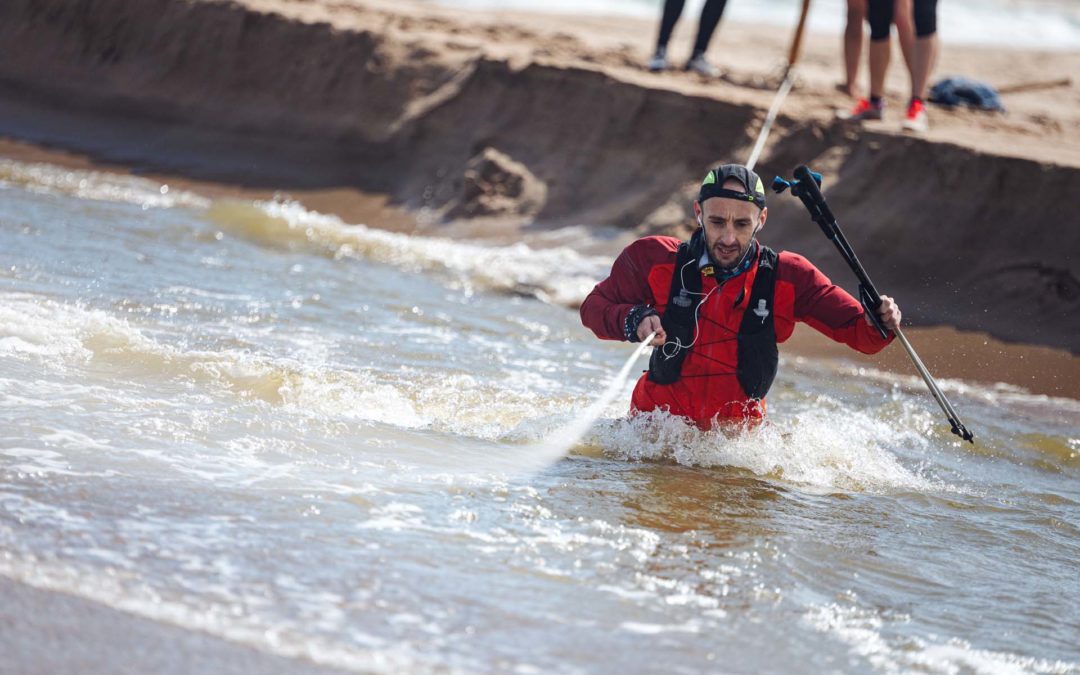 The stage has passed through villages such as Calella de Palafrugell, Llafranc, Tamariu and points such as Cala Estreta, Cap Roig, Sant Sebastià Lighthouse or Cala d’Aiguablava

Blanes, 2 April 2022.- The second stage of the Costa Brava Stage Run (CBSR) will be remembered by the runners for their hardness, wind, long distance and for the beauty of the tour. This Saturday’s day has very soon been ripped off by participants from the long distance, at 8 a.m. from Platja d’Aro, and two hours later, those from the shortest distance from Calella de Palafrugell have left. CBSR is an event organized by the company BiFree Sports and supported by Tuga Active Wear and Tourism Costa Brava-Pirineu.

The winner of today’s stage has again been Martí Baquer. On this occasion, he has invested time of 5h26′ to run 50km between Platja d’Aro and the finish line. Regarding the female category, Alice Donkin has repeated victory, with 6h 46′. In the shortest distance, the first has been Jesús Alvarez and in women Anna Tarasova.

A hard and beautiful trail with strong wind at the end
The second stage of CBSR has been a real visual spectacle for all runners for the beauty and diversity of landscapes they have watched as they ran. The first mild kilometres of the Coastal Trail have offered precious views for several beaches without much uphills. Next, the long walk of Sant Antoni de Calonge and Palamós has given a speed sector before entering the typical paths of the Costa Brava again. The course of the race has passed through lovely spots such as Cala Estreta and the Cap Roig area to Calella de Palafrugell, starting point of CBSR80K.

At midday, the strong wind has increased, which has caused trouble on the runners over the Daró River and the Gola del Ter. The organization has activated a plan B and sent participants through a forest track to Torroella de Montgrí where the finish has been organized. This change has resulted in an alteration of the final distance of the stage by adding three kilometers more than expected.

Tomorrow, to close the 4th edition of CBSR, the third stage of the CBSR120K will run from Roses to Portbou (48km and 1500m uphill) and the CBSR80K will start later, in Cadaqués, to finish also at Portbou (29km and 900m uphill).