The Costa Brava Stage Run begins with a successful participation 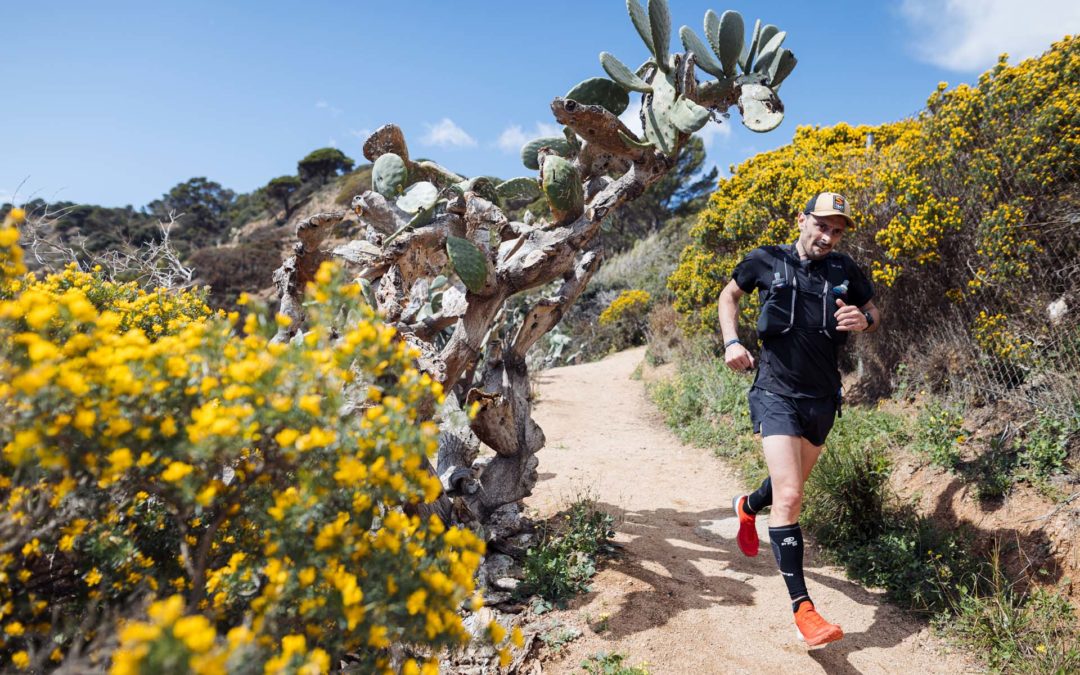 All runners, most international, complete the first stage between Blanes and Tossa de Mar with a spectacular route

Blanes, 1 April 2022.- The 4th edition of the Costa Brava Stage Run (CBSR), organized by BiFree Sports, and supported by Tuga Active Wear and Tourism Costa Brava-Pirineu, has already given the starting shot. The first stage of the two modalities has been completed without any notable incidence. The total of 200 inscribed runners have successfully completed the distance between Blanes and Tossa de Mar (22km and 900m uphill).

The first runner to cross the finish line at Tossa de Mar has been Martí Baqué who has completed the run with just under two hours, 1h59′, achieving the first stage record of the four CBSR editions. There has only been a small unforeseen stretch of the coastal path, past Lloret de Mar, due to the rain of these days. The organization has changed the course for three kilometers, but it has not caused any major alteration by the overall course of the stage.

Participant opinion
All participants enjoy an event that goes beyond a race to become sport tourism. Once they have crossed the finish, some of the runners have made a first-day valoration, such as Ivan Palero from Spain: “The day has been spectactular, with an amazing organization and we’ve enjoyed a lovely route”.

Two distances to adapt to all public
CBSR consists of two distances: one 120km and another 80km. Both share the first stage, from Blanes to Tossa de Mar (22km and 900m uphill); the second stage of the long modality, goes from Platja d’Aro to L’Estartit (48 km and 1600m uphill) and the shorter starts later, at Calella de Palafrugell to finish at L’Estartit (30km and 1200m uphill).

Finally, the third stage of the long distance runs from Roses to Portbou (48km and 1,500m uphill) and the short one begins later, in Cadaqués, to finish also at Portbou (29km and 900m uphill).

The Costa Brava from north to south
This is a stage race that passes through two Natural Parks such as the “Montgrí, Medes Islands and Baix Ter” and the “Cap de Creus” Natural Park. It will be difficult for participants not to stop for a moment to enjoy the many outstanding landscapes on the Costa Brava where CBSR will pass.