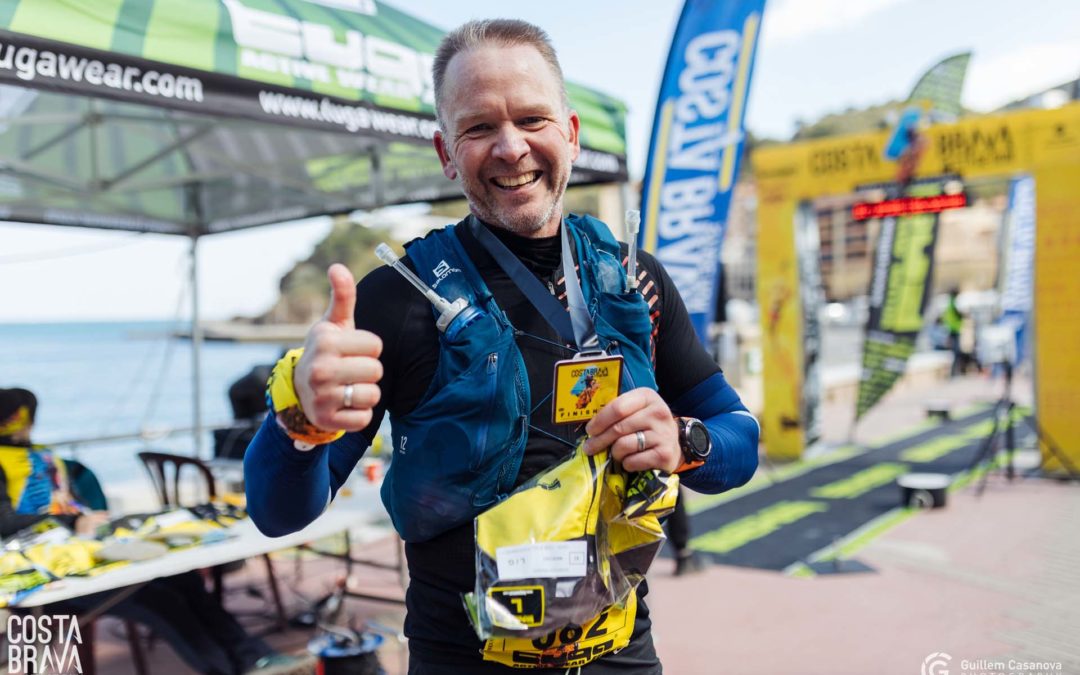 The runners stand out for the landscapes of the Costa Brava, the organization of the race and the good atmosphere during the three-day co-existence

Blanes, April 3, 2022.- Costa Brava Stage Run (CBSR) has finished its 4th edition with the final stage and with very good sensations between the runners and their companions. Today, the CBSR120K runners had to face a route of nearly 50 kilometres between Roses and Portbou, while those of the CBSR80K have completed the 29km from Cadaqués to the finish line. CBSR is an event organized by the company BiFree Sports and supported by Tuga Active Wear and Tourism Costa Brava-Pirineu.

No surprise on CBSR120K and Martí Baquer has crossed the finish line together with Guillem Busquets at the same time. The Dutchman Stijn Van Balker came in third place twelve minutes later. In women category, the British Alice Donkin has also made the triplet of wins and reached Portbou again in first place, followed by Myriam Lazar. The third stage podium draw was shared by Jess Garcia and Mariona Triola.

Regarding the CBSR80K, second stage win for Anna Tarasova, the Danish Amalie Bengtsson came second and Alena Maria Pantis finished third. In men, Jesús Alvarez has been the winner of the stage, Dutchman Koen Willems has arrived second and David Alsina finished in third place.

Runners are happy
CBSR lowers the curtain until next year and some of the runners have taken the last stage with fine words, as the Dutchman Koen Willems has done, who has stressed that “the last stage has gone very well for me today, finishing second behind the winner and I am very happy. This is my favourite stage, I admit, because a few years ago I won here and today I was close to doing so again. Again, today has been a beautiful day.”

For his part, Catalan runner Marc Rivero (4th classified) has pointed out that “the stage of today has been hard, but fortunately the wind has let us run quite a lot and we have made a very good journey to make it running”. “It’s a very good race and also the weather was nice today. Congratulations to the entire CBSR team! We’ll see another year, sure!” he added.